The Top 12 Reasons Not to Sign to a Label

1. Loss of Rights – If you’re a new act, almost 95% of the time, if you want that big label contract, you have to sign over your publishing rights. This is a HUGE problem. Basically, anything you write, which by just the pen touching the paper, or finger touching the key, is automatically copyrighted, you are giving directly to the Label so they can go make more money off of it than you do. Now some people may make the argument that without the label you couldn’t make any money at all, but with the internet getting more and more sophisticated, this will get less and less true, which is already the case for some. ie: Lisa Lavie

2. Re-couping – Sure, the labels give you an advance when you sign, maybe $300,000, maybe a Million, depending on your skills and appeal, but this is just a loan. ALL that money, you have to use to create an album from start to finish, and then promote it. If you go over that amount, you owe the labels more money. Any owed money comes directly out of any profit that you might get from sales. Until you pay the label back, you won’t see a dime. Sometimes by the time you pay the labels back, it’s been a year and it’s time for your second CD, and the process starts all over again. Many artists don’t actually get paid until the 3rd or 4th album.

3. Everyone Gets Paid Before You – There are hundreds of costs that an artist must overcome before they even get to see anything, such as producer and studio costs, sample clearances, video costs, CD packaging, shipping, street promotion, even money that’s held for several years in anticipation of store returns. This article explains it all very clearly and does a better job than I could: Artists STILL Don’t Make Money From Record Deals

4. Long Term Contracts – Most record deals these days are for at least 3 albums, but lately deals have even been made for up to 7, due to the drop in sales the industry has been continually experiencing. I guess the labels feel like they need to hold on to their contracts as long as they can, to keep securing some money coming in.

5. Label Song Approving Process – Since the Labels technically own any work that you put out, they have the final say on what is or isn’t on your album. You could have made a 15 song album, as obligated by contract, but if the Label doesn’t like 5 of them, you have 5 more songs to make, and then they have to be approved too. Even if you’re completely happy with the songs you’ve already made, you signed your rights away, and now you owe them more songs.

6. Little Marketing Control – Basically, since the Label owns your work, they have the last say in how it gets marketed as well. Sure, if you have a good idea, and the Label doesn’t completely reject it, you might have your way, but the Labels can make you do almost anything that you don’t want to do, in order to market your music. Many labels recently have even been making it mandatory that their artists start using Twitter everyday. A lot of artists are getting pissed at labels for making them do this kind of stuff because they say it takes valuable time away from the music, which is definitely true.

7. The Labels are Running Low on Money – What this means for new acts being signed, is less money to make an album, and more ways in the contract for the labels to squeeze money out of you. Labels are even starting to take Show percentages from their artists now. They’re hurting, and they’re taking it out on their newer artists.

8. Lawyer to Interpret and Negotiate Contract – As if a Manager, an Agent, a Stylist, the Labels, and all the other costs of “making money from music” weren’t enough, probably the most important cost is the lawyer who negotiates and interprets the contract for you. Not only should this be someone who you would trust your career to, but this should also be someone who knows the business in and out, and as a starting out musician in the industry, these 2 traits are often hard to come by in a lawyer.

9. CD Sales are Down – People don’t buy whole albums anymore. Especially with iTunes, if they are still even buying music at all, usually it’s just the songs that they like. There is no need to buy the whole CD anymore, yet Label contracts are usually for whole albums. They’re creating something for a market that just won’t bite.

10. Piracy and Failed DRM – Piracy is definitely one of the biggest issues with Label contracts. Not only will you not get paid from all the music that is being pirated, but you also won’t even know how many people are actually listening to the music. The sales figures in no way indicate how many true fans you have, and it’s bad that you don’t know how big your fan-base is, but it’s worse that you can’t capitalize on all the unknown fans. Prince to this day regrets that he still doesn’t know how many people have listened to Purple Rain. He is conducting an audit now, but in this digital age where everything is able to be tracked, including song plays, it makes no sense why a system isn’t in place to combat this issue. It’s just not that hard.

11. The Internet is Developing Solutions to ALL of the Problems Above – The internet, in it’s social nature, has been the cause of many of these problems, but with the right implementation, and the right business model, it can surely use the same forces to solve these problems. In fact, a solution to all of these problems already exists. It’s called Beat-Play. You can learn more here.

12. The Internet Will Allow You to be Truly Free, in the Very Near Future – With something like Beat-Play being so close to launch, the need for big labels will disappear. Marketing will become more natural, and a lot less expensive. Distribution will have the same fate. These things will also be made exponentially easier online as time progresses, and with this being true, the need for a Label simply won’t exist anymore. The music environment, in being integrated with the web, is becoming inherently independent. Even piracy can be solved with a quick switch from revenue from sales, to revenue from ads, much like the model basic cable TV has operated on for YEARS. This is now possible, and the change will be brought about as soon as a model to implement the solutions is put together. I am happy to say that this model is being tested right now, and will be available for early beta testing this Spring.  Sign up to beta test at: http://MusicWithoutLabels.com 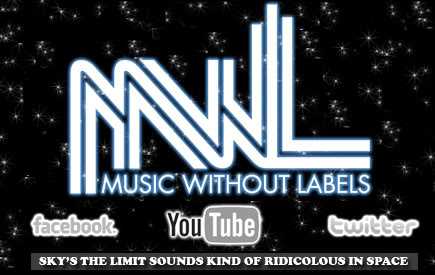 There are honestly a thousand other reasons not to sign to label. If you know you are extremely talented, and will be famous some day, I beg you, don’t throw away your true value to the Labels. You’re compensation simply will not do your work justice, and in addition, the environment in which you conduct your business in will be fraught with politics and important decisions that are ultimately out of your control. I urge you, don’t sign your soul over to the Devil!!

If you can’t change the current environment, make your own! That’s what Beat-Play is for independent artists.