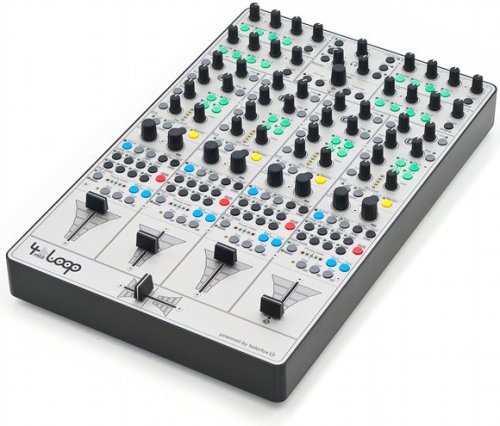 Let’s face it: a lot of people ignore the four-deck features of Traktor. But for those who exploit that power, and who are willing to invest in a high-end, boutique design, here’s the controller for you.

Faderfox has long been respected for making boutique-quality MIDI controllers for DJing and Ableton Live performance. The previous Faderfox line, though, was restricted to compact devices focused on one task.

Now, enter a small-batch controller for simultaneous four-deck DJ control, specifically in Native Instruments’ Traktor Pro. While NI’s own Traktor Kontrol S4 has a “4″ in it, it doesn’t actually allow the simultaneous use of four decks without switching, preferring instead to reserve that space for jog wheels.