Behind The Board : Peter Sisk [Interview]

I record and mix bands, although I spend more time mixing. I’ve got a small mixing room setup and I use various studios for my tracking needs, like Beechpark, Hellfire and AP studio. Q02 What album,track,gig or producer inspired you to end up behind a mixing board?

I’ve always fooled around with recording ever since I started playing in bands when I was 14 or 15. I ended up being the guy who tried to figure out how to use the PA in rehearsal.

My first band hired a four track (imagine) to record a demo in a friend’s house when his parents went away for the weekend, so I ended up being the dude who had to figure out how to make that happen too. It’d be fun to dig up that tape!

Later we ended up having a less than awesome experience in a studio that left me wondering if I couldn’t do better, or at least listen to what people wanted their music to sound like.

More recently I was inspired to make a ‘proper’ go of recording other people’s bands by the original Mixerman diaries when he was writing them on prosoundweb.com’s forums.

Between the diaries and the various forums that were popping up around that time, suddenly I had access to people who made ‘real’ records and the whole world of it fascinated me. 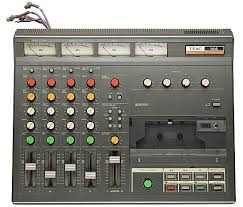 I had a choice between spending a couple of grand going to a recording school, or just taking that money and spending it on setting up a home studio. I went for the latter and basically learned by reading everything I could get my hands on and plenty of trial and error. Probably a lot more error than trial initially.

Record anything and everything you can get your hands on. Listen to and work on as many different genres as possible, you might find that you enjoy working on stuff you wouldn’t usually be in to. There’s loads of multitracks scattered around that you can download and do your own mixes of – it can be a great exercise to mix something that someone else has recorded and hear how the sounds they chose and how those sounds fit together (or not!).

Above all, learn how to work well with musicians. Every great record has been 95% about what the guys in the live room were doing, and I’m reminded of that every time I record a great player. You shouldn’t have to do much if you have great songs played by great musicians except sit back and let them make you look good.

Conversely, don’t get wrapped up in trying to put your own stamp on a recording. Everything you do should improve or better articulate the delivery of the message in each song.

I admire people who have carved out a career based on being trusted to do the kind of work they believe in. Albini, for example has built an amazing studio but has never had to compromise the way he believes music should be captured.

I don’t make too much of a distinction between any of them, I’d rather talk about good gear versus bad gear.

A really great analog tape machine is a joy, but a cheap digital converter is probably preferable to a tape machine that’s out of alignment, has constant dropouts and you can’t punch in on. One of the two is gonna stay out of the way of you making music, while the other is going to bum everyone out and make you look bad. What’s important to me is that I have a set of tools that lets me work quickly and make decisions in the confidence that what I’m hearing is accurate.

Whatever gear you decide to go for, make sure it’s well built, sounds good and pay attention to how it’s all connected together.

I’m tempted to say 1 and 2 would be each of my Focal Solo6 monitors. The level of detail and depth they reveal is crucial to me and something I don’t think I could live without. They also translate really well, which is hugely important. Ever mix decision is based on what they tell me and I definitely think monitoring is the place to push the boat out if you can at all. My Focals are worth every bit of what I paid for them.

Next up would probably be me Lynx Aurora converter. A friend and I recently set a reverb level on a vocal track through the converters on my old 002. Changing nothing else in the chain, we listened again through the Lynx and had to pull back the reverb send by about 6db! A good converter will show you what is actually happening and is as important as good monitoring.

Number three would be my Euphonix MC Mix. I sometimes feel like I’m fighting a running battle against mixing with my eyes. I have various tricks I use to make myself LISTEN again, like turning off the fader level display in Pro Tools, having it set so that putting my mouse in one corner of the screen turns off the monitor (great for refocusing everyone in the room on their ears!) and having 8 faders available so that I can look away from the screen altogether.

I find getting rough mixes so much quicker and I feel more confident about the levels I’m setting. Wish the plugin control was better, though.

Q08 What do you think is the best mixed record of all time?

I’m gonna wuss out on that thorny issue and say that some records I though sounded amazing from last year were Broken Social Scene, Black Keys and .Redneck Manifesto

I stuck on Battles ‘Mirrored’ the other day and was reminded how amazing that sounds, too.

Q09 What do you do on your downtime from Studio/Live?

I play in a few bands, primarily :Hounds: (hounds.bandcamp.com).

Q10 If you werent an enginneer, what would you be doing instead?

Probably the above – playing in bands.

Crumb’s “Evenings and Weekends” album. That’s when I first discovered that it’s the musicians that make records sound good, because it certainly wasn’t down to what I was doing.

Just finishing up and album mix for a band called Water Cycle, which is great. Before that was a song or two for Large Mound and a band called Shadowplay. Just did a quick vocal session with Ultan Conlon for a John Martyn tribute album with contributions from Beck, Phil Collins and various other fancy types. That was my first time using a U47, too! 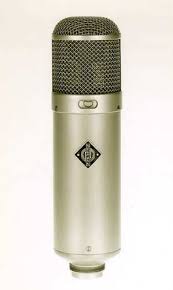 This entry was posted in Independent Music, Interviews, music industry and tagged Behind The Board, Ireland, Peter Sisk, studio. Bookmark the permalink.