Behind The Board : Gavin Glass [Interview]

Q02 What album,track,gig or producer inspired you to end up behind a mixing board

The Band’s “Brown Album” was the record that changed everything for me.

I didn’t do a sound course or anything like that, but I was very lucky to have worked with some amazing engineers like Paul Thomas and David Slevin when I was starting out playing in bands, so I learned an awful lot from recording with those guys.

Record music at every opportunity you can. All types and kinds…… and trust your gut as much as you trust your ears.

Daniel Lanois always makes beautiful records. Have always been a fan of his production style, he very much has his own unique stamp which he puts on any artist he works with. There are two schools of thought whether this is a good or bad thing, though!

Just recently completed an album with LA based producer Joe Henry and engineer Ryan Freeland and they completely blew me away with their approach to recording music. “Organic” is a word that gets thrown around a lot, but these guys are like “Farmer’s Market” dudes. Very free, no clicks, everyone in the same room as much as possible.<

Certainly came away inspired and wanting to try out new recording technique after that one.

A little bit of both is my preference.

I like to record live as much as possible, so I like hitting a tape machine in the live tracking, then spit that into Pro Tools and overdub, edit and mix on that. 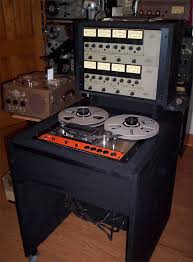 I usually use an outboard Tube Tech or Summit compressor when tracking, and a couple of outboard copicats for delays and a roland space echo for spring reverb or trippier delays.

A work horse of a mic and seriously overlooked. Great on vox, amps, snare, brass. Great all round mic and great for tracking live as the proximity tackles unwanted spill really well.

I just love the reverb only setting on this, and the delays are wild!

I only realised quite recently, that the best (and biggest!) guitar sounds comes from tiny amps.

Q08 What do you think is the best mixed record of all time?

Ouch! Abbey Road would have to be up there. I usually don’t like anything too shiny! I love the simplicity and clairty of the Johnny Cash American Series which he did with Rick Rubin. I like a lot of the stuff Rubin did with the Heartbreakers. See “Last Dance of Mary Jane” Killer mix. Also always like the sound of T-Bone Burnett produced records.

Q09 What do you do on your downtime from Studio/Live?

Q10 If you werent an enginneer, what would you be doing instead?

I’d be working as a session musician and doing more cover gigs than I would like to.

I produced Matt Lunson’s first EP “The Bloody Mary Breakfast Club” in 2000. That was my first gig as a producer.

you can keep up to date with Gavin on Fabebook & Myspace