Behind The Board -Filippo Gaetani [Interview]

My name is Filippo Gaetani, I am an independent producer-mixer working across Europe and US/CAN.

I mostly live between Tuscany-Italy and Vienna-Austria.

Q02 What album,track,gig or producer inspired you to end up behind a mixing board

Back then when I was 13/14 ? and later…Producers: George Martin, Trevor Horn, Tony Visconti, Al Schmitt…, Phil Spector..

Albums which made want to record music ? mmm, The Beatles White Album, Bowie’s Diamond Dogs, Paul Mccartney Ram, The Yes Album…John Lennon Imagine, Peter Gabriel 1 and 2, Zappa-One Size Fits All and many others i suppose.

Learned recording with an old Revox b77 reel to reel doing almost infinite guitar, bass, vocals and percussion overdubbing in mono. Recording my friend’s bands while they were rehearsing, assisting-engineering in studios in northern Italy and arranging horns and string sections.

Do it only if you have a strong passion. Fall in love with yours and with someone else’s sound visions. If it doesn’t happen, it ain’t your thing.

From the professional point of view, yes I have a few..

I can tell you my biggest icons , artists and producers.. the ones still alive, who I would like to meet: Trevor Horn, Peter Gabriel, Joni Mitchell, Tchad Blake, Chris Squire, maybe Jon Brion. I also admire the work of Mark Ronson, Nick Launay, Daniel Lanois and Ken Andrews was a relatively recent inspiration.

Q08 What do you think is the best mixed record of all time?
Hard to say if it’s the mix. We sometime say..the best sounding one..
Almost impossible to pick one…
Let’s try among these
Fiona Apple – When The Pawn.. 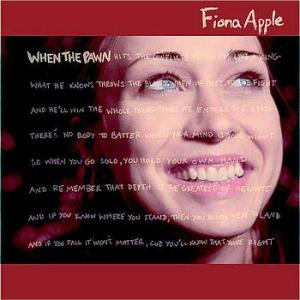 Me Shell Ndegeocello –  Peace Beyond Passion

Q09 What do you do on your downtime from Studio/Live?
I love cooking, eating great food,.. i am a movie freak, i do some video work with final cut, i play with my kids, i love swimming and playing football
Q10 If you werent an enginneer, what would you be doing instead?

This week was flyin’ by with tons of new songs from so many spectrums, I could barely even keep track of them all!!! We went all over with this TopCast, capturing a wide-range of genres from reggae to punk-rock to jazz. Please sit back and enjoy last weeks 8 top posted independent tracks in this weeks TopCast RUNDOWN!

A Shattered Hope Live at Soma in San Diego, CA

Check their website for more info and be sure to catch one of their high-energy shows, if you want to rage that is.

Props to Kian Bardikalaie for the pics!