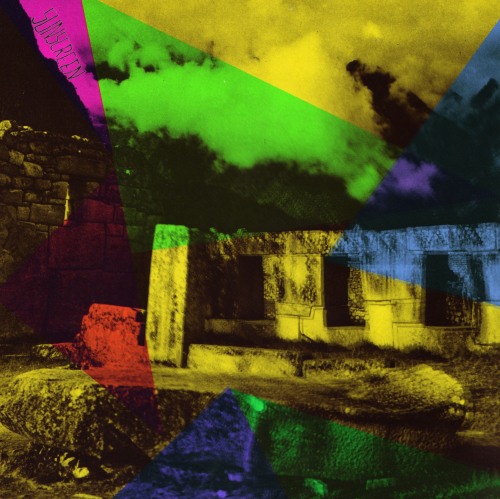 Adventures are always fun.  I spent this weekend with an old college roommate basically just trying to avoid being arrested.  Spent Sunday afternoon up at the Getty Museum in LA at a great event called “Off The 405”.  The band Lord Huron was playing.  I have written about them before on this blog so check it out here.  They served booze which, if you haven’t been drunk at a fancy shmancy museum, it’s a pretty awesome activity.  Lord Huron played and were great as usual, but this blog isn’t about them.  Later that night I called a friend of mine and he told me about this show happening in the Silverlake neighborhood of LA.  It was called “Sound Effects Art”.  It was put on by a good friend of mine named Rebecca and my new good friend Logan.  Together with the help of others created one part amazing art show and one part awesome concert.  Throw in a bomb taco truck and last night was pretty legitimate. 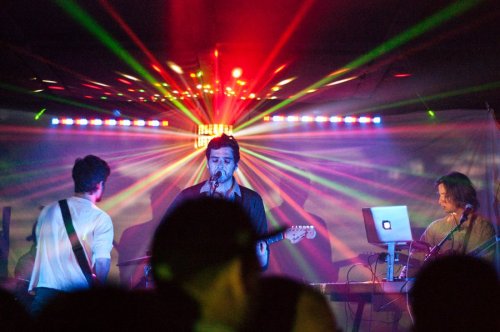 Incan Abraham are a local band making a big splash in the LA music scene.  They are constantly playing shows in and around LA with countless residencies under their belt already.  I was told I needed to be there to hear their set and boy am I glad I made it in time.  They are a tight 4 piece dream/ pop/ drum/ hypnotica band comprised of members Giuliano Pizzulo, Spencer Mandel, Andrew Clinco and Teddy Cafaro.  They just released a new EP called Sunscreen.  Here’s the other track from the EP, “Third Man”.

You can download “Sunscreen” for FREE at Incan Abraham’s Bandcamp page HERE and if you act now you can also download their previous EP called “Adult World” for FREE as well at the same site.  Here’s a pretty bitchin’ track off “Adult World” called “Helium Eggs”.

Incan Abraham have a bunch of shows lined up in and around LA.  They are playing one of my favorite small venues in this city, The Bootleg, on August 11th.  Check out their facebook and tour page HERE.

Also keep your finger on “Sound Affects Art”.  It was an amazing event with a musical score that went along with each of the paintings in a really really cool space.  This wasn’t a one off thing so keep tabs HERE.