Check out Kendrick Lamar for news on this rising hip-hop star! 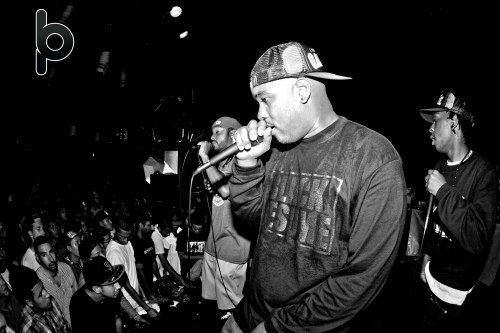 Graffiti6 Live at House of Blues in San Diego, CA

Graffiti6– “Annie You Save Me (Dr. Rosen Rosen Remix)” Available for free download through graffiti6.com

The Crystal Method– “Play for Real ft. The Heavy”

Nashville Symphony with K.S. Rhoads at Live on the Green in Nashville, TN [SHOW/NEW MUSIC] 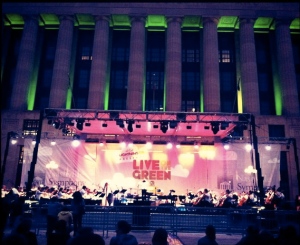 Live On The Green is a free yearly concert series that takes place every fall in downtown Nashville.  Last Thursday was the first show and kick off event for a number of great concerts yet to come featuring some great local artists.  After attending this show from start to finish, I highly recommend that you check out music from an artist named K.S. Rhoads.  He was the headline act of the night and performed with the Grammy Award winning Nashville Symphony Orchestra… but that’s not all.

It’s not everyday that an artist get’s an opportunity to play a show with an entire orchestra, but it’s quite a fitting opportunity for Rhoads.  Kevin grew up in Fort Myers, FL, where at age 15 he began focusing intensely on music, learning many instruments including bass, piano, and harmonica.  He purchased a four-track recorder in ninth grade and started to record his own music.  He moved to Nashville in 2001 after attending school in Texas, but it wasn’t until 2007 when he began work on his first album.  His debut, critically acclaimed album Dead Language was released in 2007.  It received excellent reviews from publications like American Songwriter who said it was “an exhibition in style, grace and limitless possibilities…”  Being a composer and music-producer, he has since written string arrangements for artists like Trent Dabbs, Erin McCarley, Third Day and By The Tree.  In addition, Rhoads has had continued success as an American songwriter with songs on shows like CSI: Miami and World of Jenks on MTV.  From songwriting and performing to composing and producing, K.S. Rhoads has immersed himself in music and isn’t stopping anytime soon.  Check out this video of “Dark Hotel” from the album Dead Language by K.S. Rhoads.

After months of preparation, he took the stage last Thursday with his band and the 70-piece Grammy winning Nashville Symphony Orchestra in downtown Nashville to put on one of the greatest performances of his career.  Rhoads had been working on this performance since March 2011 and scored all of the music himself.  He began the set with a really cool new song called “Invisible Fortress” by looping beat box, vocal harmonies, and piano riffs.  After establishing this creative foundation for the song, he added his band and orchestra to produce a beautiful full sound.  They continued to perform songs from his new album, and even covered Paul Simon and Katy Perry with the full orchestra.  While the covers were truly entertaining, I really enjoyed his original songs.   My favorite song of the night was a powerful new song by Rhoads called “The Wilderness.”  The song’s presence resembled that of “Wake Up” by Arcade Fire, and it was awesome.  Rhoads said that his ultimate goal with this project was “for people to come hear it and really get how important and still current classical music is,” and how it relates to the music of today.  It’s a great goal, and Rhoads definitely accomplished it. 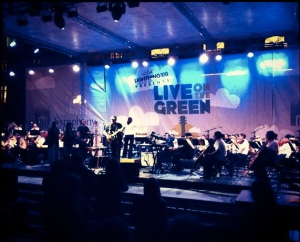 But wait, there’s more!  His big performance also marked the debut of a five song EP called Cannons containing three unreleased songs from his soon to be released second album called The Wilderness.  Click on the album cover below to snag a copy and/or visit his website for more music and information on K.S. Rhoads!

Posted on September 9, 2011 by Shane Suski | Leave a comment

Posted on September 7, 2011 by Shane Suski | Leave a comment

Posted on September 4, 2011 by Shane Suski | Leave a comment