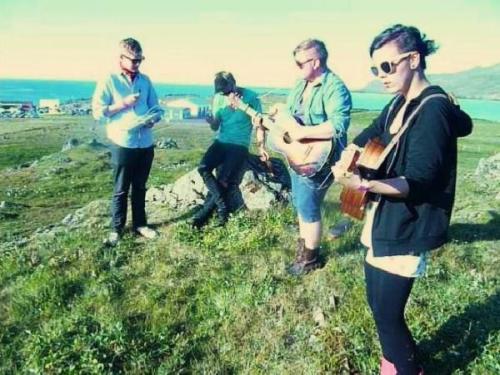 Moving, moving, moving!!! That’s the vibe you’ll quickly catch from this 6-piece Icelandic indie/folk group, from their beautiful upbeat sound to match their quickly growing recognition and popularity. It wasn’t too long ago this group had been in the immediate shadows, but it’s beginning to sound like the release of this debut album in a couple weeks will definitely take the group to that next level of success on an international scale. “Little Talks” being the single release holds that popular folk sound which has been loved by the masses for over a year now while incorporating those catchy anthem chants and steady kick drum strokes.

Just an amazing track right there. Visit Of Monsters And Men on Facebook. Twitter. Myspace. and keep an eye out for their debut album release sometime this month!