Q01 Who are you, What do you do & where are you based?
You know who I am, silly! I run a record label in London called Bella Union. I was in a band before I started the label, called Cocteau Twins and we made some records on 4AD and then,foolishly, some records for Fontana (Mercury)!

Q04 What advice do you have for any budding label owners/engineers out there?
I am not so good at dole-ing out advice as I don’t feel I have the knowledge to advise but given the over-population of most sectors of the music community, I feel that knowing what you want your music, your recordings to sound like before you start, is a key first step. Knowing what you want then it should be slightly easier to find out how to get there. Having realistic targets and expectations is important but then like everything, if you approach your work with love and passion, then these two things should override any other initial inadequacies. When I listen to old recordings of ours, like say the Echoes In A Shallow Bay and Tiny Dynamine which was predominantly recorded in a room we rented in William Orbit’s flat in St Johns Wood on a 16 track recorder, it’s clear that no amount of ‘gear’ makes a great sounding record, it is what you do with the gear that ya got!
Q05 What people in the biz inspire you to do what you do. past heroes and modern upstarts?
From the label side, Geoff Travis is for me the man. I don’t remotely want to emulate him, or copy him or for that matter BE him, but  having seen Geoff come through a myriad of trials and tribulations during the long and dramatic history of Rough Trade, I can comfort myself knowing that simply if you love what you do, then you will come through the wringers and out the other side, and straighten yourself out, and move forward again.  On the audio/studio side of things Dave Wrench, an engineer/producer/musician is an example to us all. He works at Bryn Derwen Studios in North Wales and is an incredible person to work with, with exquisite taste, and immaculate pro tools skills. He also knows how to mic things up superbly and has worked for years in the analog domain so he has multi-skills and he is an amazing guy to sit next to for 6 weeks on a production! That inspires me. Even if I am producing up there, Dave is part of the reason I am there. The studio is close to a quarry, and incredible waterfalls within a few minutes walk from the studio. Its like an old country manor house that’s wonderfully unkempt and bands feel so at home there. The prices of studios in London are beyond many of the bands I work with, and Bryn Derwen is a residential studio with plenty of room for 6-8 , a wonderful mix board a DDA AMR24, a lovely old grand piano, great outboard, and a brilliant engineer, Dave Wrench on tap. I produced the Lucas Renney record here, and the Duke Spirit lp ‘Cuts Across The Land’, and my own Snowbird record ( a new band with Stephanie Dosen)

Q06 Analog or Digital? Tape or DAW? Outboard or Plugin?
Whatever and wherever, but out of choice I love the sound of analog recordings. Our own studio was mostly during the pre-computer  period and I learnt what little I know using 2″ tape, on an Otari 24 track with Dolby SR, and Otari half-inch mastering. We did  buy a lot of lovely old vintage gear, but it all went with the receivers and it’s best not to think about it!! 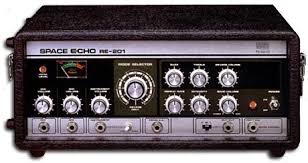 Q07 What 3 pieces of gear could you not live without?
Roland Space Echo, Roland CR78 drum machine and AKAI MPC-60 (its limitations are its strength) and I am using them ALL on the Snowbird LP!
Q08 What do you think is the best mixed record of all time?
Either Innervisions by Stevie Wonder or Remain in Light by Talking Heads
Q09 What do you do on your downtime from Label/Studio?
Downtime??????????

Q10 If you werent an producer/musician , what would you be doing instead?
Dogwalker.
Q11 What was your 1st professional album, mix/master job?
First job outside of my own solo and band stuff was Billy Mackenzie’s posthumous release on Nude Records called Beyond The Sun. A privilege to be involved as co-producer. As I had loved The Associates, to get a phonecall out of the blue, asking if I’d like co-produce the record blew my mind, and then to sit with the music of this sadly-missed beautiful man who I had met as a naïve 18 year old and be able to put something of my self into it was emotional and super special.
Q12 What is some of the recent/future works you been part of?
I am co-producing an album I have co-written for a band called Snowbird, with Stephanie Dosen (Chemical Brothers, etc), this will be  released in 2012 on Bella Union and I recently produced the debut lp on Brille Records by Lucas Renney, ex-Golden Virgins. I brought Paul and Mckenzie from Midlake over from Texas to record with Lucas and that was a great fun experience in Bryn Derwen wirth Dave Wrench.  At that point, I realised that Mckenzie was probably the best drummer around. Hearing him on record and seeing him at gigs is one thing, but seeing him in action was something else. Literally. Two things I wont EVER forget. On one take I was watching through the control room window, he was texting with one hand and playing the drums with the other..that was THE take we used and it was genius! Then on a new song that he and Paul had never heard before, they played it through for the first time and as is usual, Dave and I were recording everything anyway, just in case, and at one point in the song, a very straightforward 4-4 verse chorus arrangement, BOTH Paul and Mckenzie at EXACTLY the same moment did this weird off-beat fill thing that was so unexpected Dave and I just looked at each other and were like “WOAH! Did you hear that?!!” How could they have known to do that at the same time on a song they had only just heard!! When I spoke to them on the headphones after the take, I asked them how the fuck that could have happened, and Paul just laughed and said ‘we’ve been playing together every day for like 7 years, we have an instinctive thing going on ….” Yeah, too right they do. Moments like this are priceless and why I am so grateful for the life I have.
By: Shayne Byrne | Beat-Play Ambassador Ireland | @shaynewithMWL | Music Without Labels & Beat-Play, LLC