It was a bit under a week ago that we were bumpin’ the most recent Hoodie Allen release, “The Chase Is On”. (If you didn’t catch the video, definitely visit his youtube page and get a glimpse.) Yesterday was the drop of his upcoming mixtape Leap Year which we are glad to present to you as a FREE Download, as we have with all of his content. With the release of a new album, you can guarantee a tour. Have a look here at his tour schedule, to see if he’ll be performing in a city near you. Here is Leap Year!!!

Hoodie Allen – “The Chase Is On” [NEW MUSIC]

It was just a bit under a year that we were all blessed with the uplifting positive Hip-Hop vibes of Hoodie Allen, with the release of his first hit single “You Are Not A Robot”. Following up with fire he’s at it again with another instant hit in his latest single release “The Chase is On” to be on his upcoming mixtape Leap Year, out on July 26th. Being newer to the scene, as an independent, Hoodie Allen is making all the right moves with his promotion, quickly building a great reputation throughout the independent music community as a whole. Dropping his last two big creations for FREE via mixtape, has given him the leverage he’s needed to continued success down the road. So enough chatter here and lets get to the sounds of Hoodie himself. Here is “The Chase Is On”

Hoodie Allen – “You Are Not A Robot” [VIDEO] 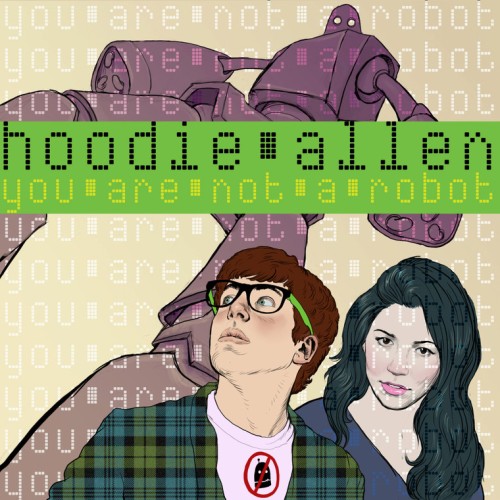 Droppin’ the new official music video for Hoodie Allen’s most recent track, “You Are Not A Robot”. Just a disgusting beat on this track with really sick dub influences in the background of the hook bringing a whole other level of creativity. Along with having amazing music, you can download this track along with all his others for FREE on his Facebook page. Gotta show love to those artists that love their fans by giving back.